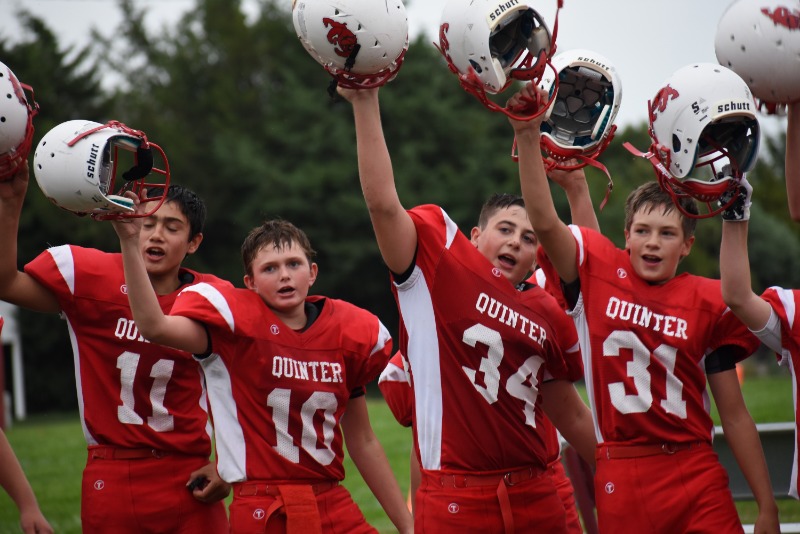 The Quinter Junior High football boys took on the Dighton Hornets at home on Thursday, September 6 to open their home schedule. The Bulldogs won 46-28.

In the first quarter the Bulldogs jumped out to an early 8-0 lead and maintained their lead at 22-14 going into halftime.  At the end of the third the Bulldogs pushed the lead to 38-20. After one more touchdown by each team, the final score ended at 46-28. With the win, the Bulldogs took their first home victory of the season.

“We were good in our passing game but we need to work on tackles because we didn’t do as well wrapping up,” commented Ethan Gruenbacher.

The junior high football team returns to the field on Thursday, September 13 against the Hoxie Indians in Hoxie. Kick-off is scheduled for 5:30 p.m.