Bulldogs Kick Off the Season at Home Against the Devils 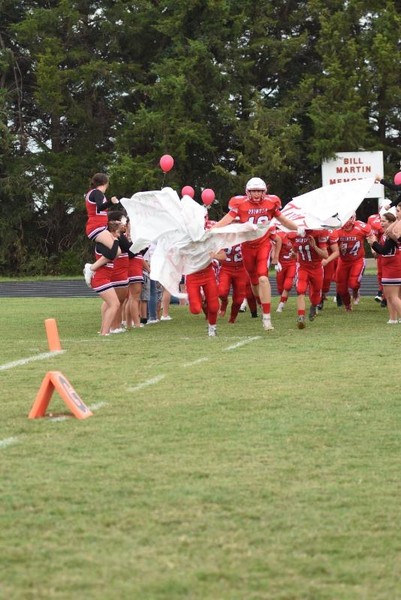 On Friday, August 31 the Quinter High School football team took on Decatur Community for the season opener at home. The Bulldogs lost 46-0.

On defense, Dustin Pister led the team with 14 tackles, followed by Clay Mader with nine and Kasen Ostmeyer with seven.  Oura Chester pulled in an interception, while Chase Crites recovered a fumble for the Bulldogs.

“I thought that we didn’t compete to our full potential, and that we need to improve on both sides of the ball,” commented Pister.