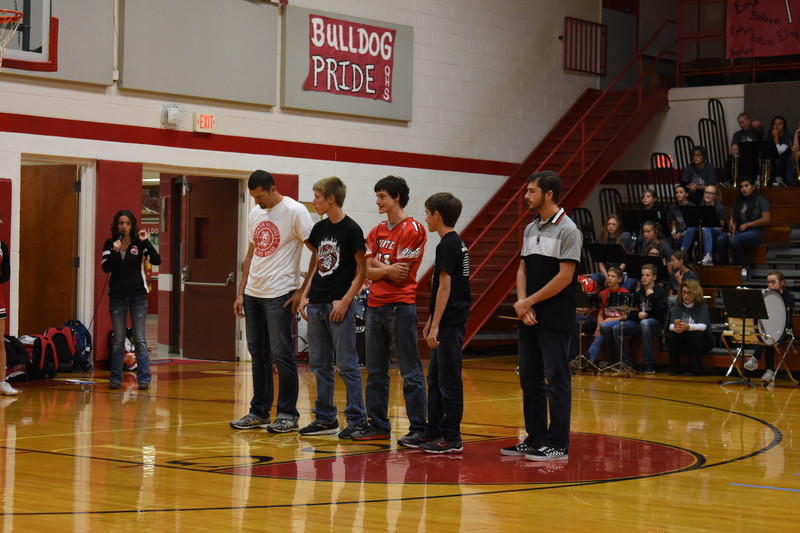 On Saturday, November 3 selected students from Quinter Junior High had the opportunity to travel to Hays High School to compete in the Junior High Kansas Music Educators Association Honor Choir and Honor Band.

Over 200 students from around Northwest Kansas District were selected to participate in the KMEA Honor Choir and Honor Band. Students auditioned for their parts and the chance to be included in one of the premiere choirs and bands in this area of the state. When the students arrived they split off into their sections to rehearse their parts. The students then had lunch and some more rehearsal time to pull the concert together. Finally, after a full day of rehearsal the students came together and performed their songs during the concert for their parents and family members.

Students selected for KMEA Honor Band were directed by Ken Hakoda. Ken Hakoda serves as an associate professor of music at Kansas Wesleyan University, here he teaches choir, music education and music theory classes. He also is the founder of KWU Chamber Orchestra. Students that were under his direction included Madison Reinert with the flute, Jazmin Luna with a b-flat clarinet, Dashiell Brown on the baritone saxophone, and Braden Polifka with the baritone.

“It was actually pretty nice being able to play with the big group and knowing you were pretty good at it.  The director was pretty fun as well,” commented Luna.